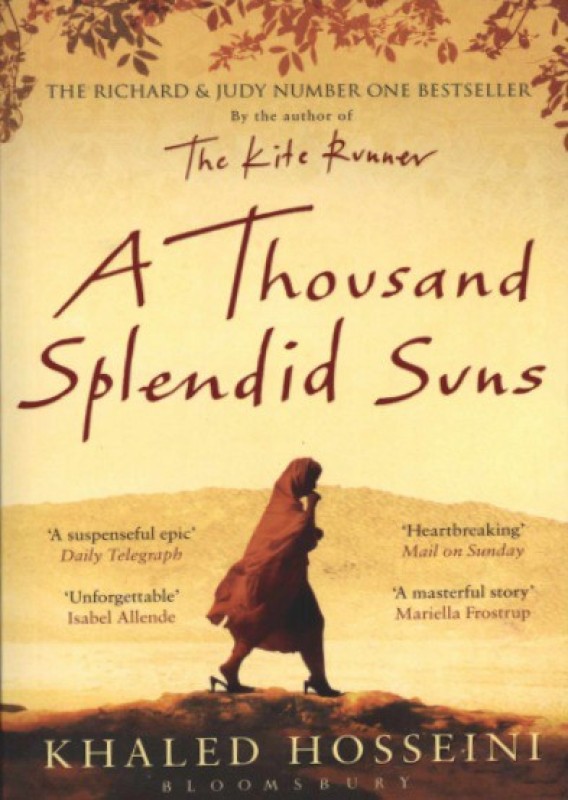 A Thousand Splendid Suns is a breathtaking story set against the volatile events of Afghanistan’s last thirty years—from the Soviet invasion to the reign of the Taliban to post-Taliban rebuilding—that puts the violence, fear, hope, and faith of this country in intimate, human terms. It is a tale of two generations of characters brought jarringly together by the tragic sweep of war, where personal lives—the struggle to survive, raise a family, find happiness—are inextricable from the history playing out around them.

Propelled by the same storytelling instinct that made The Kite Runner a beloved classic, A Thousand Splendid Suns is at once a remarkable chronicle of three decades of Afghan history and a deeply moving account of family and friendship. It is a striking, heart-wrenching novel of an unforgiving time, an unlikely friendship, and an indestructible love—a stunning accomplishment.

Khalid Hosseini rose to fame with his debut novel, ‘The Kite Runner’ which got universal acclam. Hosseini is an Afghan-born American novelist and physician who was born in Kabul, Afghanistan and moved to France and finally settled in United States of America. He graduated from Independence High School in San Jose in 1984 and has a bachelor’s degree in biology from Santa Clara University, in 1988. He completed his M.D. in 1993 from University of California, San Diego, School of Medicine. His book ‘The Kite Runner’ spent 101 weeks on the The New York Times Best Seller list and is regarded as one of the best contemporary works on Afghanistan.

The Subtle Art of Not Giving a F* ck

Sapiens: A Brief History of Humankind